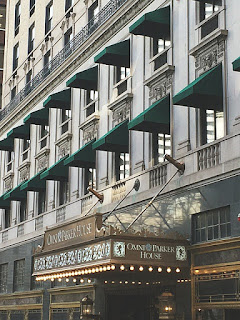 I was surprised by how expensive all the hotels were in Boston. "All" as in all the hotels in areas I wanted to stay. In the end, 3 days prior to arriving, I went with Priceline. They have a section under their hotel tab called "Express Deals". Here, you select the neighborhood and star ranking of your choice. They show you the price ranges and you blind-select. You are choosing the hotel based on 'hood, price and stars. However you don't know what hotel you get until you have checked out! Kind of nerve racking, kind of exiting. I did this and got Omni Parker House for $150 all in! Regular rooms start at $350. Deal for real! If you are too nervous about this you can also try: Hotel Tonight. It sounds a little sleezzy, but it's pretty awesome. With this app or site you can book reduced rates for hotels. There is a catch, you can only book seven days out. Hotels put rooms that haven't booked on the site.

The Omni  is rich in history: Here is the book to tell you all about it, but below are some highlights!
* Harvey Parker owned and built the Parker House. It was the first hotel to be built in the United Sates
*It's the oldest continuous running hotel in the United States.
*JFK proposed to Jackie, held his bachelor party and announced his candidacy for Congress here
*There once was a place called the Saturday Club. Writers like Thoreau, Emerson, Longfellow and Hawthorne, would meet here
*Malcom X worked as a buss boy
*Charles Dickens lived here for 5 months. He first recited and preformed "A Christmas Carol" in the lobby
*James Wilkes Booth stayed her a week before assassinating Abe Lincoln
*Emeril served as a sous chef here
*Babe Ruth liked to dine here along with Ted Williams
*Judy Garland, James Dean along with others stayed here.

$35 dollars later I arrived at the Omni, around 9:30pm (2 hours later than planned due to RDU delays). Before I could open the taxi door, a door / bell man was there to do that for me, along with take my large backpack in to the reception area. The elevator took me up to the 11th floor and around the corner I was pleased to see I had been given a corner room. From here I had two choices, get in that cozy king size bed or freshen up and hit the town. In effort to get used to going out alone, I opted for the option two.

I left the Omni in an uber and headed to Coppa for yum yum. From here I went to a cool and cozy basement bar, The Beehive. I ordered a double bourbon and listened to an Indian inspired band play. They were jazzy, soulful and had Indian flair. After an hour or so I headed over to Cambridge and had a fun cocktail at Brick and Mortar, before finally ending up on a little block with several Irish bars walking distance from the hotel. Paddy O's had live tunes as did Hennessy's. Liquid courage helped me talk to strangers. I found an awesome fella who was also traveling alone. He was in Boston for a week, checking it out and celebrating his birthday. 2 am rolled around and it was time to get in that previously mentioned cozy king size bed. The Finish man and I made plans to explore on Friday, we both wanted to walk the streets and walk over to Cambridge. 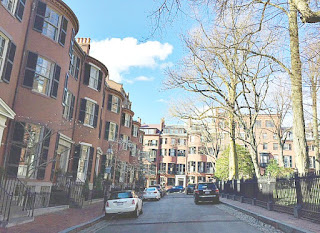 With no set schedule to keep for Friday, I slept in until about 10, then started my exploring. I walked to "the park", past the gold domed State House where there we 50 cops ( I found out Hillary was in town), down Beacon and onto an adorable street called Myrtle. The Finish man was on Myrtle in an awesome airbnb for the week. My grandmother's name was Myrtle, so I felt I needed to stroll down this street. From here we stopped in for a little breakfast before walking the several miles to Harvard. 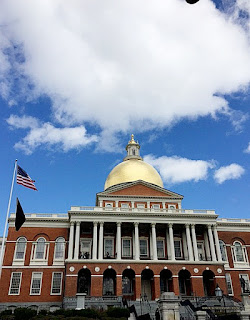 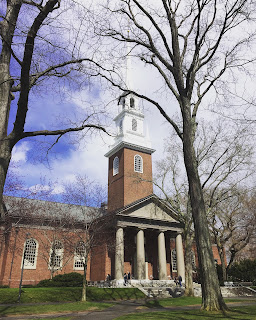 Once in Cambridge to duck out of the rain, we had lunch at Russell House Tavern. The sun was shinning when we walked out which gave the perfect opportunity to scoot through campus. Maybe it was the hype we had given it or the countless movies we'd seen, but we totally expected to see something like the image below, and we did not. In fact the people we did see, mostly look like us, tourist.

After our sunny Harvard stroll I went to meet an old high school friend. We walked through the Boston Library. This Public Library was founded in 1848 and established in 1852! 23 million items are housed in the beautiful building. The only other larger library, is the Library of Congress in DC ( it houses 35 million items). In 2014 the Boston Public Library held 10,000 free programs to the public and lent out 3.7 million items/ materials. We walked through a room that was something out of a film. A large study room with the tallest ceilings and everyone working diligently at community tables with green library table lights.

Playing tourist, I needed to walk by Cheers! 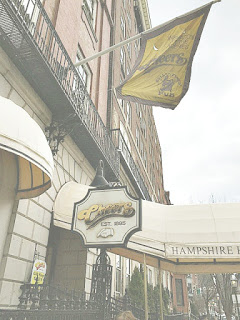 In need of an afternoon cocktail, we walked over to The Liberty. The hotel, restaurant and bar are all located in the same building: an old jail house, the Charles Street Jail House. It was built in 1851. 220 granite cells, each 8 x 10 feet. Malcom X served time here along with James Michael Curly. The prison didn't close until 1990. The new home, the hotel, has kept as much of the original building as possible, most notable the rotunda.

I gather my things from the hotel and make my way to Boston Logan International Airport to set off on my first solo trip, ever! 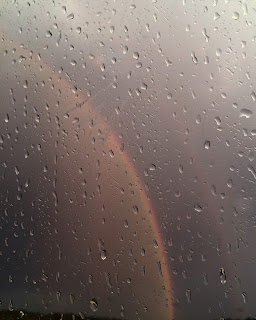